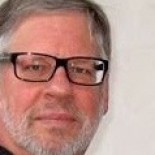 Hass’s most famous poem and nihilism

Discussing apophatic form (or the question of nihilism in poetry), I often refer to meditation as a relevant discipline. I do not mean to suggest that apophatic form is experienced as part of meditation. Apophatic form is not “experienced” in the normal sense; it is not to be included in William James’s varieties of mystical experience. It is not a thing, it is a word naming something that cannot be expressed with words. The term refers to a remainder, a “that which is not consumed” in the rough-and-tumble of interpretive acts to which we subject poetry. It is, however, at this point, a piece in a discourse on nihilism. Conceptually, what is “apophatic” is what is beyond immanence yet necessary to it. It is to poetic form what creation (as in “the creation” ex nihilo) is to created things — tomatoes, toes, poems. Apophatic form is rooted in the “nihilo.”

In “Meditation at Lagunitas” (see below) Robert Hass writes about fashionable nihilisms — “The idea, for example, that each particular erases / the luminous clarity of a general idea.” Or: “because there is in this world no one thing / to which the bramble of blackberry corresponds, / a word is elegy to what it signifies.” You will notice that these two are versions of one nihilism by which either the concept or the particular voids the other. Chapter 8 of Genealogy of Nihilism bt Conor Cunningham contains a too- condensed analysis of “this discourse of epistemic disappearance.”

He contrasts this to an experience of post-coital bliss. “I felt a violent wonder at her presence . . .” And yet, he says, “It hardly had to do with her.” (In the most accessible presentation of this famous poem, The Apples Trees at Olema (2010), this line has been misprinted as “It hardly had to with her.” Preparing to write this piece I kept rereading that line until I checked a version on-line to see what was wrong! I will forgo commenting on the heuristic possibilities of the “new” line!).

“Longing” hardly had to do with her? “Longing, we say, because desire is full / of endless distances.” Perhaps the “we” here affords some cover to the poet, and we may guess the shambling quality is part of a persona. Perhaps. But even a persona should be believable.

So the lady is lost in the distances of longing? He had gone to some trouble to make her “present” to the reader, so we may be forgiven for pushing the poem away a bit at this point, which is toward the end.

He recovers. He says he “remembered so much.” He says, “There are moments when the body is as numinous / as words . . .” Back to that, are we: words and things? Over against the fashionable nihilisms, the poet asserts that words can be “numinous.” He even compares the human body to words, words lending the body their numinousness. The lady is just a thing without the poet’s words. Shakespeare worked over that idea with dialectical brilliance in “The Sonnets.”

But “numinous as words”?

He says, “days that are the good flesh continuing.” A dream of sustained immanence?

So much for the aporia addressed in the first half. The poem begins to feel a little anxious, not quite desperate — there is a undeniable sweetness to it — but full of itself somehow. The context is clearly one in which apophatic form may come into play, but a certain insistence seems to close that off.

Apophatics serves the mysterious singularity of the finite given. This poem struggles to argue for the luminous mortal thing against fashionable nihilisms. But like many efforts to engage the demon, one becomes entangled and compromised.

All the new thinking is about loss.

In this it resembles all the old thinking.

The idea, for example, that each particular erases

the luminous clarity of a general idea. That the clown-

of that black birch is, by his presence,

some tragic falling off from a first world

of undivided light. Or the other notion that,

because there is in this world no one thing

to which the bramble of blackberry corresponds,

a word is elegy to what it signifies.

We talked about it late last night and in the voice

of my friend, there was a thin wire of grief, a tone

almost querulous. After a while I understood that,

talking this way, everything dissolves: justice,

pine, hair, woman, you and I. There was a woman

I made love to and I remembered how, holding

her small shoulders in my hands sometimes,

I felt a violent wonder at her presence

like a thirst for salt, for my childhood river

with its island willows, silly music from the pleasure boat,

muddy places where we caught the little orange-silver fish

called pumpkinseed. It hardly had to do with her.

Longing, we say, because desire is full

of endless distances. I must have been the same to her.

But I remember so much, the way her hands dismantled bread,

the thing her father said that hurt her, what

she dreamed. There are moments when the body is as numinous

as words, days that are the good flesh continuing.

Such tenderness, those afternoons and evenings,

4 comments on “Hass’s most famous poem and nihilism”

This entry was posted on September 29, 2014 by Tom D'Evelyn in Uncategorized.